Posted on May 4, 2015 by mininginjustice 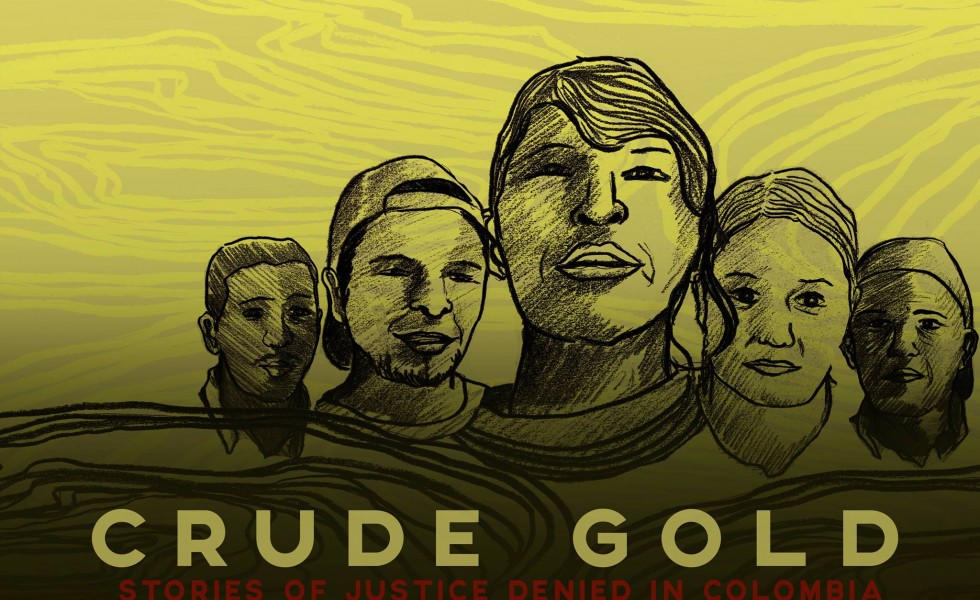 On May 14th, 2015, MISN was honoured to be involved in organizing the world premiere of Crude Gold, a series of short documentaries showcasing 4 pivotal cases of foreign-funded mining exploitation connected to Canadian investors, followed by a panel discussion with special guests from El Salvador and Colombia.

This project is timely and urgent due to the violence experienced by activists, union leaders and indigenous peoples who are in resistance to profiled mining and petroleum extraction projects. Every year in Colombia numerous union leaders, union activists and union members are assassinated. Similarly, human rights defenders are targeted, threatened and murdered in a fog of impunity and unanswered questions. The overwhelming majority of crimes and human rights violations related to the armed conflict are concentrated in regions with a major presence of mining investment.

These videos explore foreign investment conflicts, and the role and impacts to trade uni 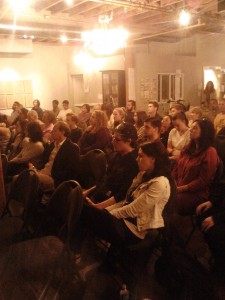 on members in a country that is labelled as the most dangerous place in the world to be a trade unionist. Each story highlights local activists who are confronting injustice. These brave individuals engage in union resistance, demand justice for human rights violations and raise awareness for these important issues, often at great personal cost. Working in collaboration with members of McGill Research Group Investigating Canadian Mining in Latin America (MICLA) filming took place in the summer of 2014. All footage and interviews were filmed in the affected communities. 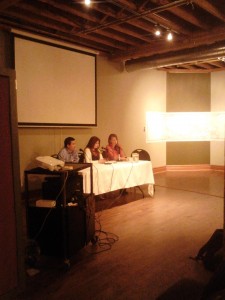 The screening of these films was followed by a panel discussion with special guests Yanira Cortez Estévez (Deputy Attorney for the Environment for the Salvadoran Human Rights Ombudsman office) and Marcos Gálvez (President of the National Executive of the Association for the Development of El Salvador and a founding member of the National Roundtable against Mining in El Salvador).

Martin Ayala also joined us via Skype, as his visa was denied. Mr. Martin Ayala is the coordinator of investigations at COS-PACC, the Social Corporation for Community Advisory and Training Services (Corporación Social para la Asesoría y Capacitación Comunitaria — COS-PACC). He was forcibly displaced during the armed conflict, and has since been contributing to the elaboration of community development plans in the oil-producing regions of the Orinoco basin. Specifically, Mr. Martín Alaya has been facilitating the organization of various social fora on the mining and energy sector issues where community, labour, farmer, and indigenous organizations come together to coordinate common responses to mega-projects that impact their communities. He is interviewed in one of the videos in the Crude Gold series.