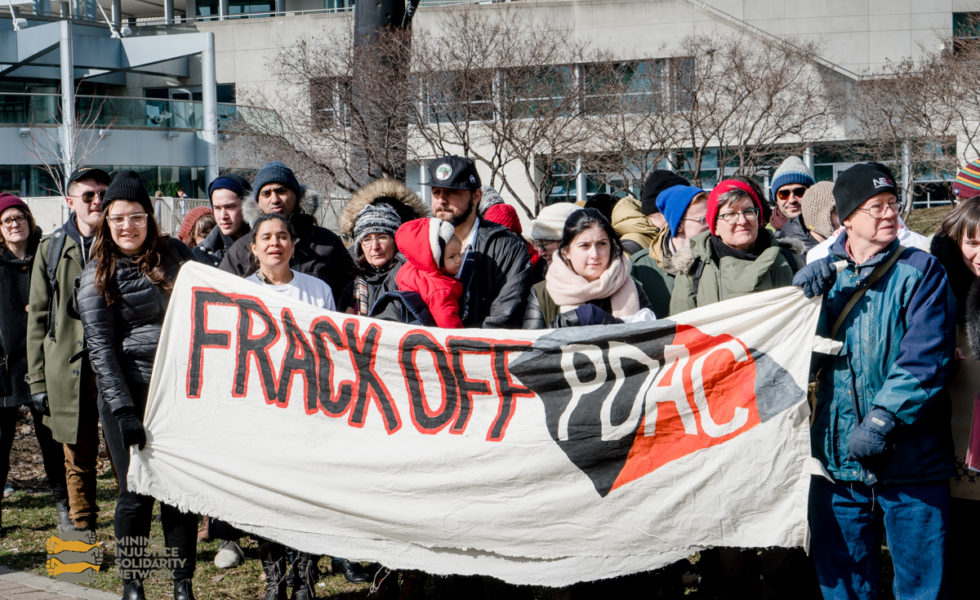 3IN CONSTRUCTION – more info to be added to this page soon!

Three years ago MISN and allies got kicked out of the Prospectors and Developers Association of Canada (PDAC) convention for hosting a small vigil on the trade show floor, paying our respects to those who have lost their lives to the deadly Canadian mining industry. Two years ago we brought two busses full of over a hundred people to protest the convention, many of whom made it inside but many of whom were not even permitted to enter. The world’s largest mining convention is a bubble that only exists by keeping critical voices on the outside. Let’s pop that bubble!

For those not in Toronto or who couldn’t make it to the treasure hunt, many participated via social media in our #DisruptPDAC Challenge.
https://www.facebook.com/groups/404924029959456/