OceanaGold Out, Now! Solidarity with the Nueva Vizcaya Barricade

Posted on August 9, 2019 by mininginjustice 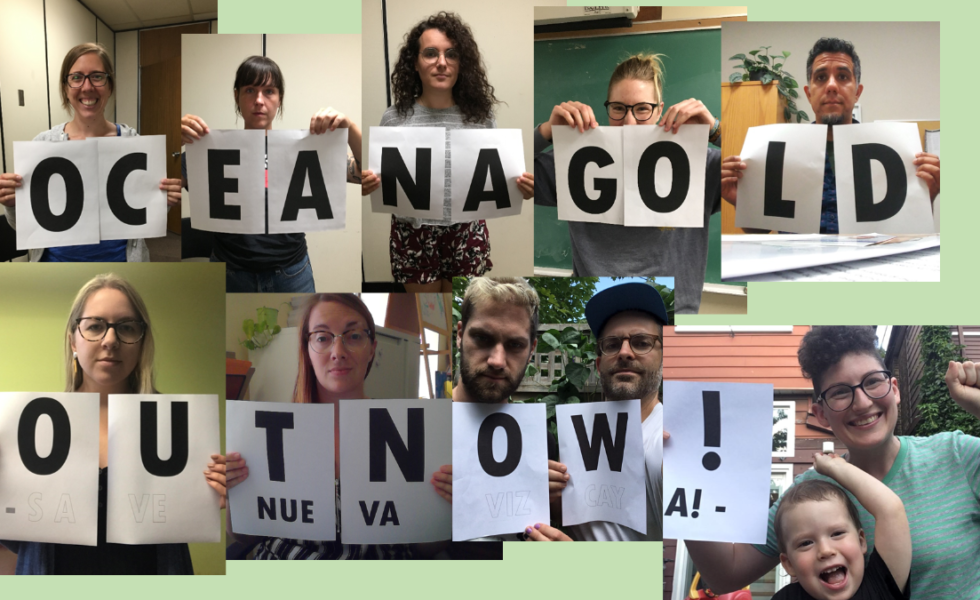 Today is an international day of action in support of the ongoing barricade against OceanaGold’s mining operations in Didipio, Nueva Vizcaya, Philippines.

The struggle is global. Together, voices around the world are crying out: OceanaGold out, NOW!

You might recognize this Canadian-Australian company’s name from the many years in which it bullied the people and government of El Salvador for asserting their sovereignty. In a multi-million dollar David-and-Goliath case, PacRim Cayman (now OceanaGold) sued El Salvador for US$250 million for denying the company a mining permit. The people of El Salvador waited over seven years for the World Bank to decide that the lawsuit was without merit and that this egregious sum of money would not have to be paid.

Click here for some of the protests that MISN organized in response to these actions. Click here for more information about the increasing trend of corporations pursuing compensation through “supranational arbitration” mechanisms.

People paying attention to the case of PacRim v. El Salvador should know that the company has been waging environmental destruction and exploitation threatening ethnocide against indigenous communities in the Philippines for over 25 years.

OceanaGold has been forced to cease mining for over a month now at its Didipio copper-gold mine in Nueva Vizcaya, Philippines. On June 20th, the provincial government of Nueva Vizcaya declared OceanaGold’s operations illegal. On July 1st, indigenous people established a people’s barricade, hindering the operation of the company. OceanaGold has petitioned to have the provincial government’s stoppage order declared unlawful, but the Regional Trial Court threw this petition out on July 25th. The message is clear, and the resistance is global: OceanaGold out, NOW!

The people’s barricade is still going strong, and this community needs our support. MISN stands in solidarity with all those resisting the violations of OceanaGold, which has proven itself time and time again to have no regard for indigenous sovereignty, human rights, or the integrity of
land and ecosystems.

Want to support the resistance in Nueva Vizcaya but don’t know how?

Here are some things you can do: