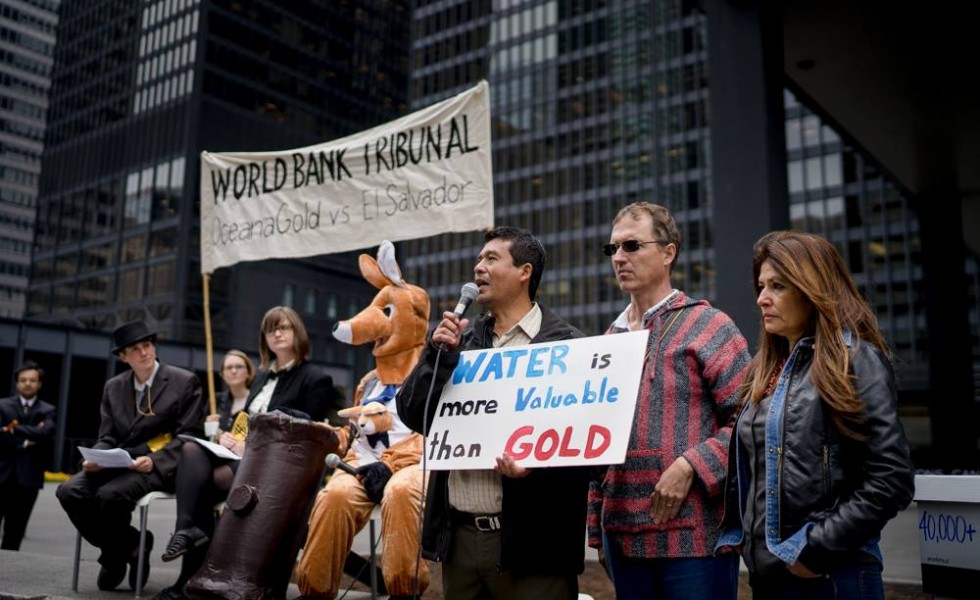 On May 15th, 2015, MISN and allies carried out a public theatre action in anticipation of an imminent ruling from a little-known arbitration tribunal at the World Bank that could force El Salvador to pay Canadian-Australian mining firm OceanaGold US$301 million for denying a gold mining permit.

The tribunal was performed in front of First Canadian Place, the building where OceanaGold’s To 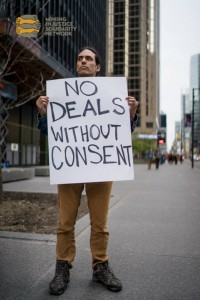 ronto office is located, and included a Kangaroo “judge”, two tribunal members, and representatives from OceanaGold. Protestors were present to denounce this “Kangaroo Court” and condemn the lawsuit for attempting to rob El Salvador and punish an entire country for trying to protect its water. The protestors were joined by two guests from El Salvador who addressed the tribunal – Yanira Cortez, the Deputy Attorney for the Environment fo El Salvador’s Human Rights Prosecutor’s Office, and Marcos Galvez, President of the Association for the Development of El Salvador. The speakers highlighted how investor-state arbitration threatens democratic decision-making, public health and the environment here and beyond our borders.

The protestors then delivered nearly 175,000 signatures on a petition condemning OceanaGold’s lawsuit to the Canadian Trade Commissioner’s Office. This petition can still be signed at: http://action.sumofus.org/a/el-salvador-mining-lawsuit/

OceanaGold is suing El Salvador for an amount equivalent to 5% of its gross domestic product for not having granted it a permit to put a gold mine into operation, despite its project not having met regulatory requirements. Originally, Pacific Rim Mining launched the suit in 2009 after the first of three successive Salvadoran Presidents committed to an effective moratorium on new mining projects given concerns over potential impacts on already taxed water supplies. OceanaGold purchased Pacific Rim Mining in 2013, narrowly saving it from bankruptcy, and has stubbornly continued with the case. The International Center for the Settlement of Investment Disputes (ICSID) at the World Bank could release its decision on the suit any day. 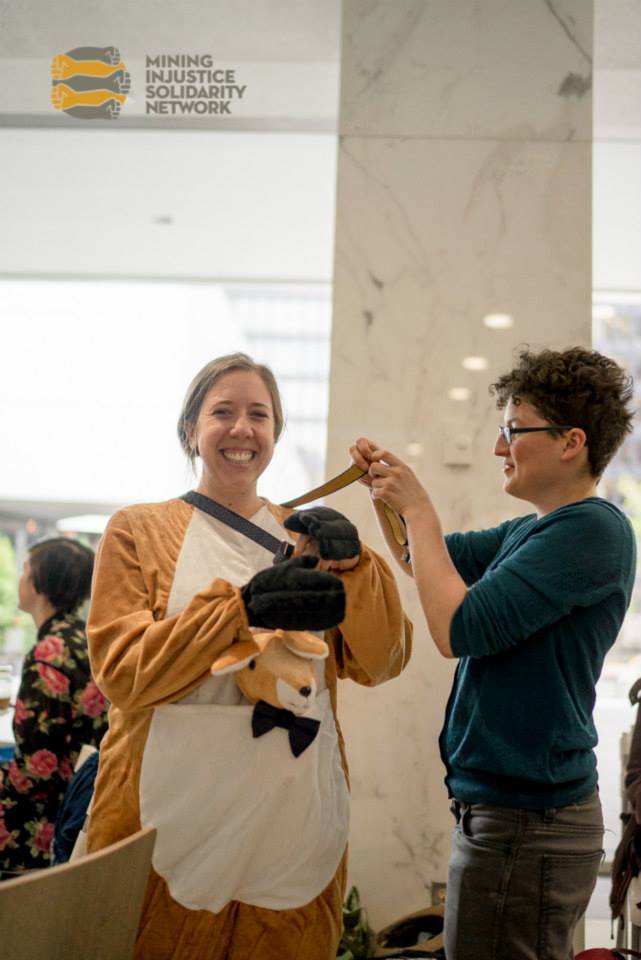 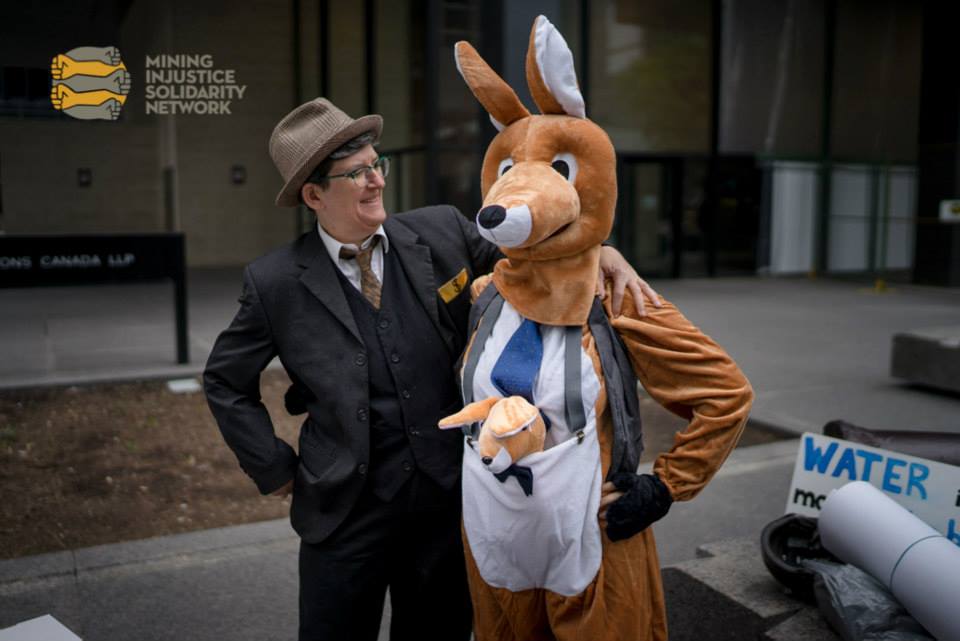 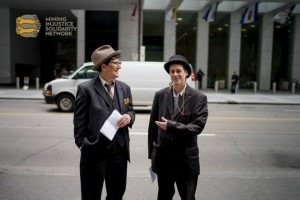 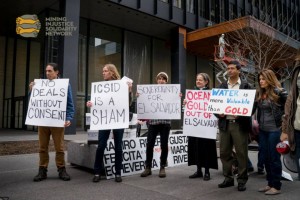 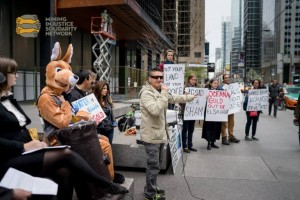 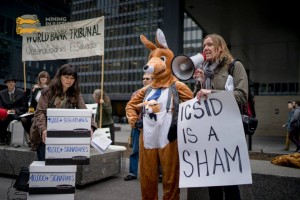 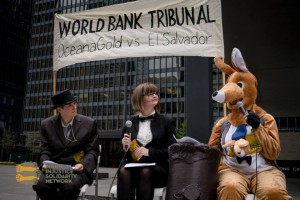 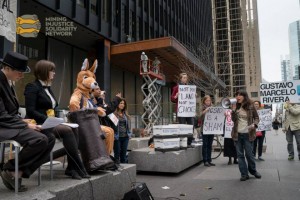 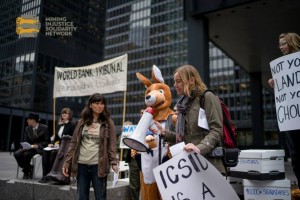 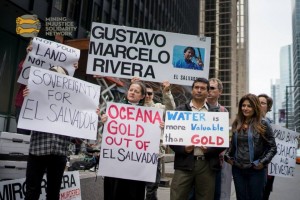 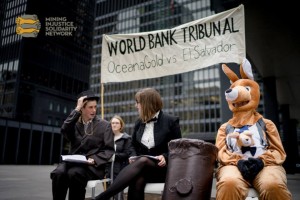 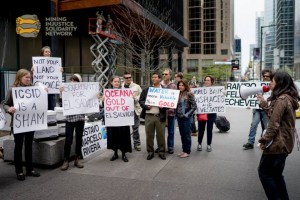 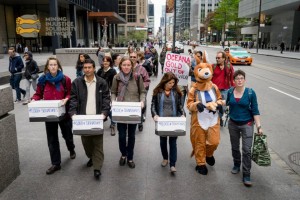 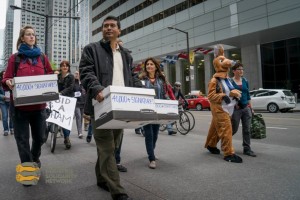 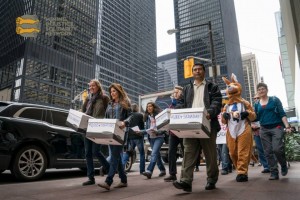 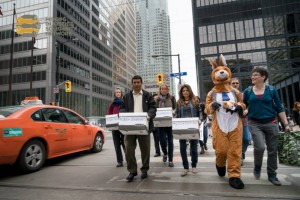 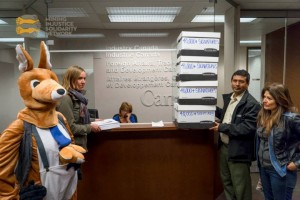 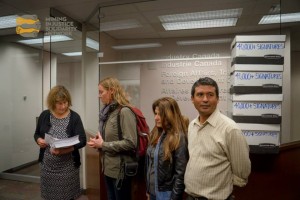