UPDATE: Get to Know Pan Am: the Securitization of the Spectacle

Posted on July 2, 2015 by mininginjustice 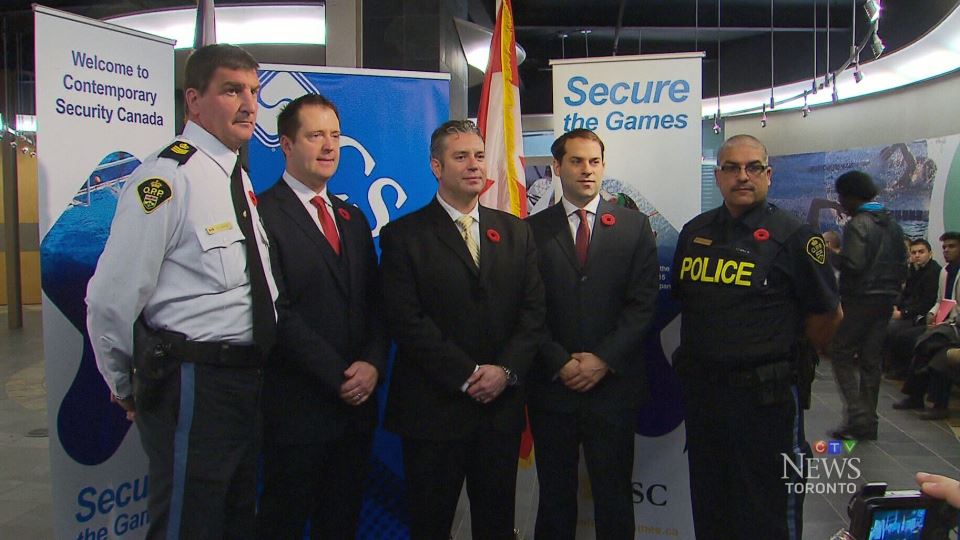 On Thursday, July 2nd, 2015, MISN held a world cafe-style event at OISE to discuss the anticipated expansion of police presence in the city of Toronto that would occur due to the upcoming Pan Am Games.  Representatives from Black Lives Matter – Toronto, the Ontario Coalition Against Poverty, MISN, and migrant sex workers advocacy group Butterfly each facilitated rotating discussions and activities about policing and mega-events. Filmmaker Onyeka Igwe also joined us to speak about her experiences of securitization and the London Olympics.

What’s the deal with securitization?

As a mining justice group, we saw that corporate mega-projects at home like the Pan Am Games have strong similarities to industrial Canadian mining projects abroad – these projects get used as launching pads to justify and elicit the spread and intensification of police violence and repression in the name of ‘economic development’ and ‘revitalization’. State investments in these mega-projects bring giant security investments that often don’t end once the project comes to a close. These processes are not exceptions; they are a staple of policing in many communities, including mining-impacted
communities.

Here in Toronto (as in many places), we know that an increase in policing was not going to impact all community members in the same way. Poor, black, indigenous, migrant, sex working, and otherwise criminalized communities will most definitely face the brunt of this violence. The Pan Am Games would also increase the profile of Canadian mining company Barrick Gold, who provided the athletes’ medals and whose security forces around the world are responsible for assassination, rape, and other forms of targeted violence against community members who fight back.

Following up on the world cafe event we held back in March on the subject of displacement and the Pan Am Games, this event was held to discuss these issues and more.

← UPDATE: United Against Hudbay: a protest at Hudbay’s shareholder meeting
UPDATE: Spoil Sports vs. Smear Leaders: Street Theatre vs. the Pan Am Games →