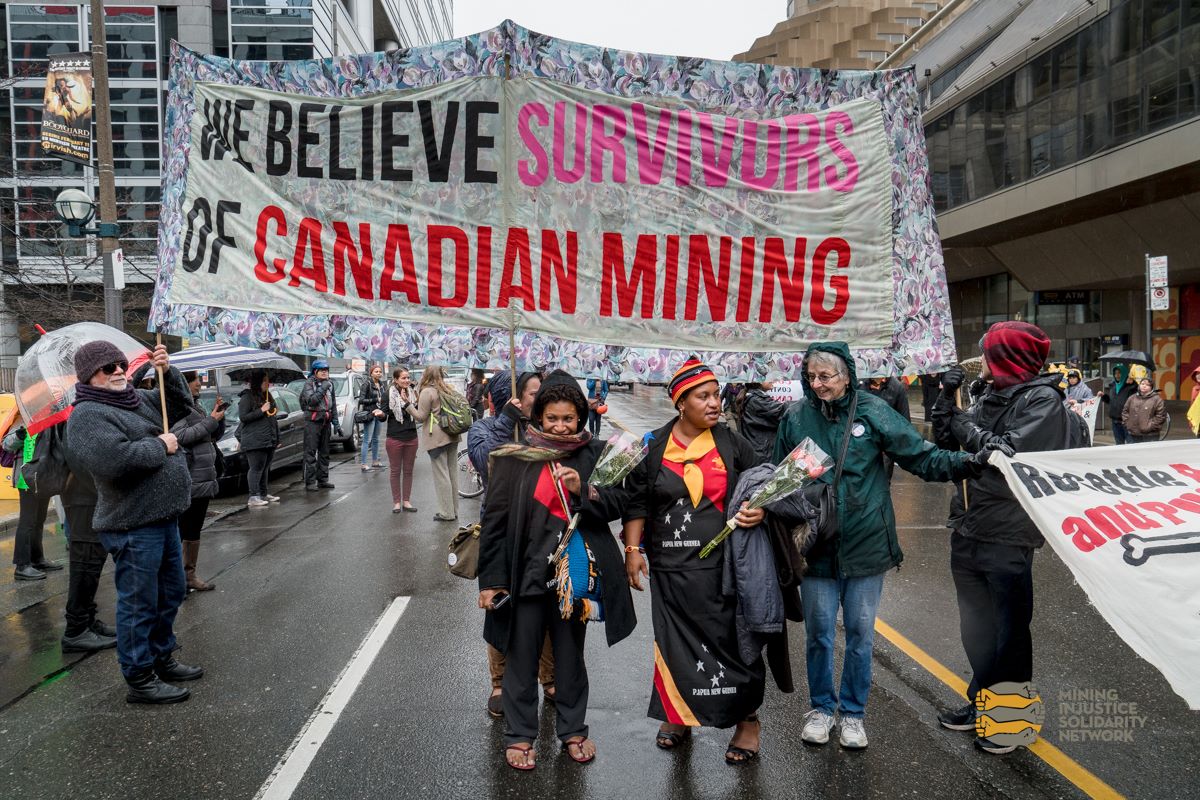 REPORTBACK: Barrick AGM and the Porgera Women’s Delegation Barrick’s Annual General Meeting this year focused on survivor-led organizing in Papua New Guinea, as we were honoured to have the presence of two survivor-advocates against sexual violence in Porgera… Read More

Toxic Toronto: Explore the “Belly of the Beast” with us! 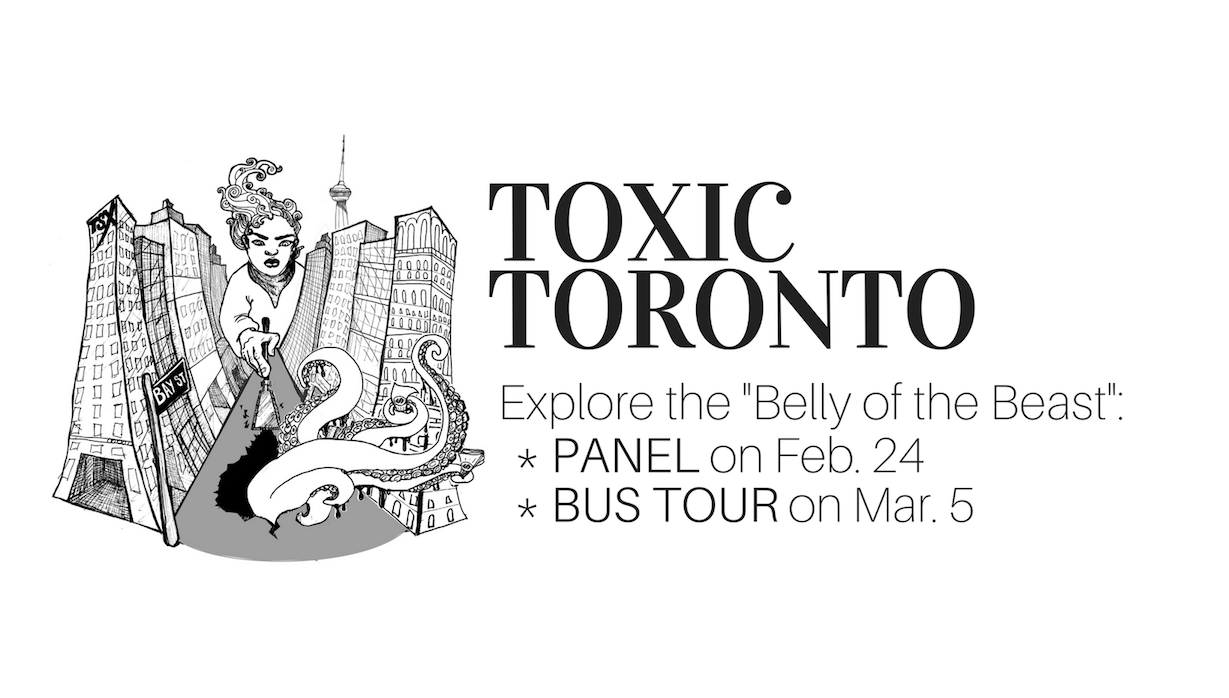 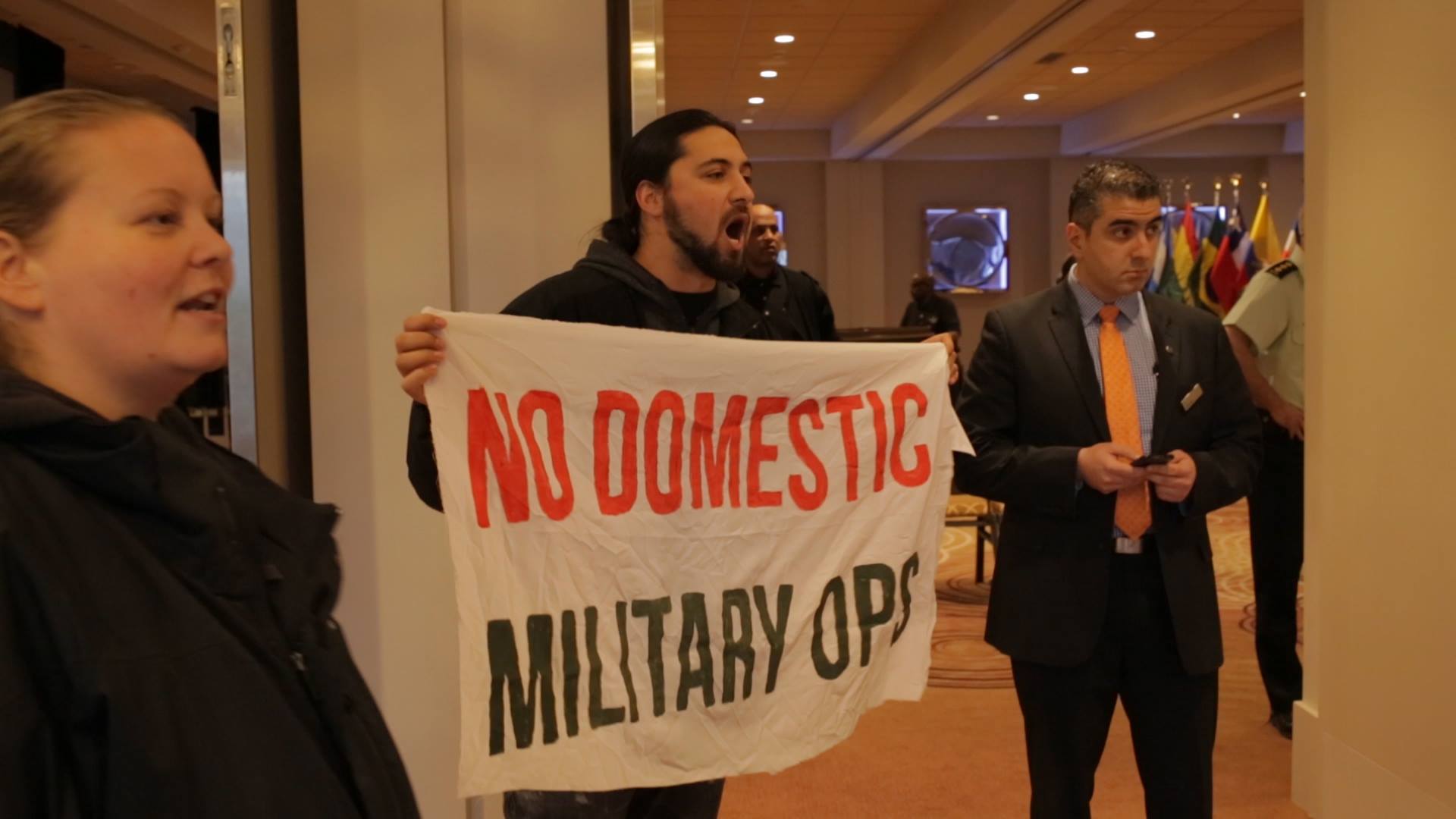 Toronto. Over a dozen activists with banners and a sound system disrupted a special conference of the Conference of American Armies (CAA) this morning. The conference is a gathering of military leaders from North, Central and South America and… Read More

MISN is Looking for Research Volunteers for our Violence Tracking Project! As a grassroots organization with ties to mining-impacted communities around the world, the Mining Injustice Solidarity Network (MISN) knows that there are endless stories of communities experiencing violence in relation to Canadian mining companies. There have been… Read More

HELP PUT MINING JUSTICE ON THE FOREIGN POLICY AGENDA (event + social media campaign) On September 28th, the first-ever foreign policy election debate will be held at Roy Thompson Hall in Toronto. If it wasn’t being hosted by… Read More

Want to bring attention to mining injustice and the need for policy makers to act to end corporate impunity abroad? We’ve made it easy for you! Just cut and paste these pre-made tweets into your twitter feed as… Read More

We’ve launched a call for solidarity with Q’eqchi’ communities in Guatemala who have been resisting violence from Canadian mining companies (most recently Hudbay Minerals) for over 50 years. On April 4th they’ll be bringing a landmark criminal case… Read More